Summerfest is the Best Summer Event In Milwaukee 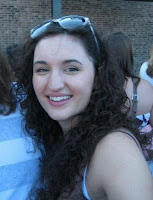 As all Milwaukeeans know, Summerfest is the highlight of Milwaukee summers. I went on the first night, June 25 and had a great time with some tasty food and awesome music. Here is a recap on my evening. I got to Summerfest around 3 PM and was greeted with some great weather. It was a nice hot afternoon so the Summerfest grounds were the perfect place to be to get a cool breeze off the lake and still enjoy the sun. I spent a few hours walking around the grounds along the lakefront, looking at the goodies all the vendors had to sell. I had a delicious late lunch of fried eggplant strips and a chicken parmesan sandwich at the Venice Club near the Harley-Davidson Roadhouse.
I took some time to take the sky glider across the grounds to get an aerial view of all the activities, stages and Marcus Amphitheater shows. It was a beautiful view and you could see the downtown skyline and the Milwaukee Public Museum. I met up with some friends a little later in the evening and saw an awesome local band called Toadking at the Cascio Interstate Music Groove Garage. Toadking are one of my favorite Milwaukee bands and they play a fusion of psychedelic music and folk rock. To after dancing and singing along to some great tunes, we went over to Coldstone Creamery to go cool down with a little birthday remix ice cream.
After taking a little break from music and dance, we went over to the Briggs and Stratton Big Backyard stage to go get some seats for Conor Oberst and the Mystic Valley Band. We caught the last few songs from Cory Chisel and the Wandering Sons and ended up getting some excellent seats right in front as some fans left. We were in the second row close to the center and were up close and personal with one of our favorite musicians, Conor Oberst. The set was fun and brought out lots of fans who we sang and danced on the bleachers with. The band played for a little over an hour and we left just in time to miss a huge surge of people leaving the grounds. We had so much fun that we are going to go back tonight (June 29) to go and see Lupe Fiasco at the Miller Lite Oasis and Spoon at the Harley-Davidson Roadhouse.
Posted by Ms. Pacman at 1:39 PM

No Doubt and Paramore were so dope this year