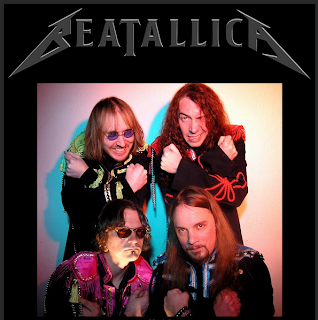 Milwaukee Summerfest 2010 TheCoolTV Rock Stage has posted their headline shows. Beatallica is a co-headliner on opening night. Big name acts such as Joan Jett, Flyleaf, Saliva, and Papa Roach will all hit the stage on various nights. Here is the complete headliner list for the Miller Lite/TheCoolTV Rock Stage. The Summerfest 2010 shows keep on coming.

Most headliners start at 10pm. Beatallica, Red, and August Burns Red all start at 8pm.
Posted by Ms. Pacman at 7:08 AM

Somone promoting the Cascio Groove Garage tried to post a link in my comment section. Sorry, you should know better than that. I'm happy to promote the Groove Garage, but not that way. Happy Summerfest everyone!