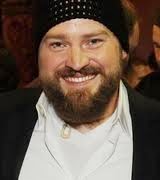 Zac Brown returns to Summerfest in 2015. The date is set for June 28, 2015. Tickets for the Zac Brown Marcus Amphitheater show are on sale this week.

After a well deserved break, Zac Brown hits the road in 2015, starting with shows in Australia this coming April. U.S. tour dates start with a few stops in Florida and Mississippi.  As spring turns to Summer, Brown will hit the Midwest United States, playing cities like Maryland Heights, Cincinnati and Burgettstown, PA.  This is all part of the "Jekyll and Hyde" tour, as his latest album is named the same.  In other news, Zac Brown was nominated for an American Country Music Award in the category of "Best Vocal Group of the Year." This past February, Brown released a "Greatest Hits" disk, with songs like Chicken Fried, Free, and Cold Weather all on one disk. Additional guests Jimmy Buffett and Alan Jackson are featured on the album.