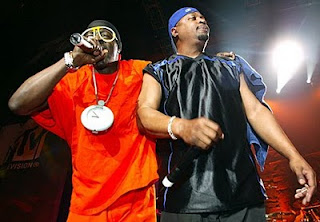 Summerfest Headline Acts for 2010 are starting to commit. Sheryl Crow, Public Enemy, and Jeff Beck have already signed on. Crow will play on June 24, with Colbie Caillat on a separate stage that same evening. Public Enemy will perform on June 25. Jeff Beck will headline one of the stages on that same night. Also playing the June 25 evening is 311. Thievery Corporation and Phil Vassar will headline the night of June 26.
On the night of June 30, the Moody Blues, Puddle of Mudd, and Chevelle will take to their respective stages. So far, the only July 1 headliner is The Hold Steady. Side stages are where it's at this year. With the Marcus Amphitheater booking Tom Petty for two nights, and country headliners on two others, I'm anxious to see what other headliners will be booked for the stages on the Summerfst grounds. Summerfst plans to announce more headline acts in May. They hope to use social media as their information platform.
Posted by Ms. Pacman at 8:19 AM