Justin Bieber to Headline Summerfest Milwaukee at the Marcus Amphitheater 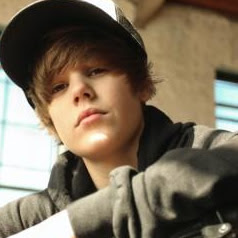 Milwaukee’s Summerfest has added teen heartthrob Justin Bieber to its 2010 lineup at the Marcus Amphitheater. Bieber will perform Sunday, June 27th at 7 PM. Justin Bieber Summerfest tickets go on sale this coming Saturday. Bieber's last appeared in Milwaukee this past November at the Rave.
Canadian native Justin Bieber found his musical fame via YouTube and has released one album, “My World.” Bieber has collaborated with Usher and Ludacris and is featured on the remake of Michael Jackson’s, “We Are the World.” Opening acts for his Summerfest show have yet to be announced. Who would you like to see take the stage with Bieber?
Posted by Ms. Pacman at 7:53 AM