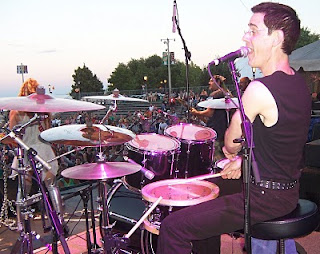 The ink is dry on the plans to invest 25 million dollars on the south end of the Summerfest grounds. I have always felt that the area in question could use a face lift. Now it's going to be a reality.

The plans include a new south end box office, new restrooms, and of course the most important part, reconfiguring of the M&I stage. This will make the M&I stage change its third in just as many years. I liked the fact that they moved the M&I stage closer to the lake shore. The plan is to move it even further east.

The Briggs and Stratton stage area will also be updated. The Summerfest improvements will take two years, as this is the biggest project in nearly ten years.
Posted by Ms. Pacman at 9:24 AM