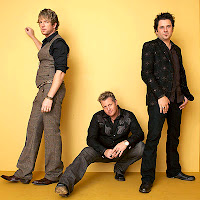 It will be none other than Rascal Flatts headlining Summerfest on June 27. It's been nearly thirteen years since the band signed on with Lyric Street. Now they can be found on the Big Machine record label. Rascal Flatts has made nine albums, with each one of them going platinum. They have eleven number one hit songs to their name, the latest coming in 2010. They are currently supporting their 2012 album titled Changed.

Rascal Flatts 2012 Changed Tour
The current 2012 Rascal Flatts tour starts with a show in Hartford on June 15. There are a few stand alone shows in April and May, but those are not part of the summer schedule. Prior to the Milwaukee show, the band will perform at the Farm Bureau Live at Virgina Beach event on June 24. They will play the Blossom Music Center in Cleveland, on June 29. The final Rascal Flatts show is booked for October 26 in Tampa. It looks like Eli Young will be backing up the band on most of tour dates. Tickets for Rascal Flatts at the Marcus Amp. go on sale May 14.
Rascal Flatts is one of those bands who found nearly instant success in the country music business. They performed just three songs in front of a record producer, and were signed on. Their first single made it all the way to the top ten on the country music charts. The other two singles from that same group of songs also found their way to the top of the charts. With the success of their first album, the pressure was on to make a second. The band went on to co-produce that second effort, and found themselves with a number one single titled "These Days." By 2008, the band had enough hit songs to make a greatest hits disk where they included a few holiday numbers.