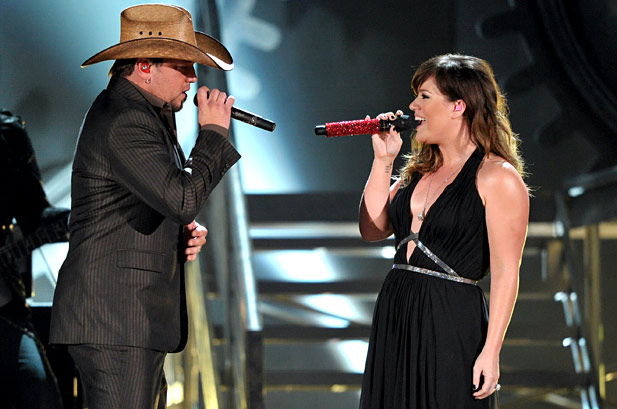 Jason Aldean is coming back to Summerfest Milwaukee in 2013.  Man who hit it big with songs like Big Green Tractor, and My Kind of Party is riding high from the success of his 2010 album.  This season, he's promoting his latest effort, titled Night Train.  Will fans get a chance to see Kelly Clarkson on the Marcus stage when he sings Don't You Wanna' Stay?  She's not scheduled to appear at Summerfest, but it's not out of the question.  The official Aldean website lists Clarkson as a possible addition to select dates in 2013.


Second Time For Aldean At Summerfest

Jason Aldean performed at Summerfest before, and the fans went wild.  As you usually see three country acts booked for the Marcus Amp., this announcement comes as no surprise.  There is one twist to this concert announcement.  Aldean is also playing at Wrigley Field on July 20.  Most times, the powers that be at Summerfest don't like to see their headline acts in the "neighborhood" just before or after their scheduled Marcus date.  I suppose that they made an exception in this case. Besides, the concert experience in Milwaukee will be much more enjoyable for so many fans.  Using a baseball stadium for a musical concert doesn't always work out for the better.  This is the first Summerfest 2013 announcement.  Expect many more after the first of the year.  Opening for Aldean will be Jake Owen and Thomas Rhett.