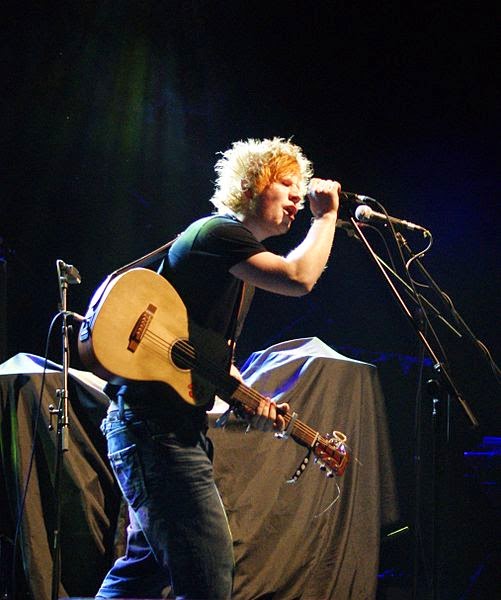 Ed Sheeran will be performing at Summerfest 2015 on July 3. Some may think that he's just a couple of years into the music business, but Sheeran has been working his craft for nearly nine years. We must note that he has released a number of EP's, prior to signing with Atlantic. What put Ed Sheeran over the top was a chance encounter with Jamie Foxx. As always Ed Sheeran Summerfest tickets come with admission to the entire festival grounds.

Sheeran became a multi platinum selling star shortly after he released the album titled "+". He is the recipient of the Brit Award for "Best British Male Solo Artist" and also won another "Brit" for breakthrough act. In 2014, Sheeran released his second full album. It's titled "X" meaning "multiply." As his first album made him a household name in England, he had the backing of a high profile producer for this second effort.
Posted by Ms. Pacman at 10:12 AM