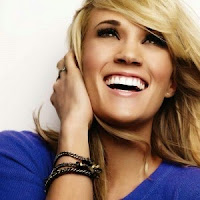 Country music fans have four Summerfest headliners to choose from in 2015. The latest, Carrie Underwood, will perform on July 2. Without a doubt, Underwood has sold more albums than any other American Idol winner. Three of her four albums have had hit the top of the charts. Only one other contestant comes close, but that singer had to produce nearly twice as many disks to get within two million in sales.

Underwood has been taking it easy since the birth of her child back in February. Her latest release came back in 2012, and her subsequent tour ran through 2013. Aside from appearances on the TV show Nashville, and the occasional "one off" song at various events, Underwood has yet to perform a full concert for her fans since the baby was born. Milwaukee will be her first full show, but you can find Underwood performing at the CMT awards in June. She happens to be up for five awards that evening.  For Underwood Summerfest tickets, check the link.

Carrie Underwood married NHL player Mike Fisher in 2010. They met just two years prior, at one of her concerts. Underwood has just a few shows scheduled for 2015. She'll be in Arkansas on June 26 for "Thunder on the Mountain," and at the Big Barrel Festival on June 28. She'll hit the Summerfest stage on July 2, then just nine other show dates after that.