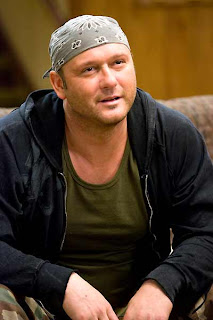 It's been so long since the first Summerfest tickets featuring Tim McGraw went on sale. I almost forgot about it. Lady Antebellum will be backing up McGraw on June 24th. That's the first night of the Big Gig. McGraw also has a show scheduled for the next night at Country Fest in Cadott Wisconsin.
I spotted Tim McGraw in a movie just the other day. He had a small part in Four Christmases, the movie featuring Reese Witherspoon, and Vince Vaughn. He plays the part of Vince's brother. I didn't recognize him. The credits at the end of the movie revealed that he was in the film. I had to rewind the movie, just to be sure. Yes, that was McGraw.
As for Lady Antibellum, the band is backing up Tim McGraw for a large part of the summer. The band is scheduled to play at their fan club party, where they hope to raise funds for the Nashville flood disaster victims.
Posted by Ms. Pacman at 7:16 AM