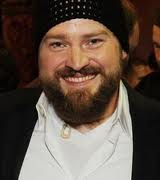 Summerfest 2012 will feature the Zac Brown Band at the Marcus Amphitheater on July 5. Judging by the 8 million vews for their video Chicken Fried, I would say that's one of their more popular songs. Zac Brown Summerfest tickets go on sale later this month.
Zac Brown Goes Country
Mr. Brown was a classical guitarist at a very young age. He turned to pop cover songs in his teen years. At some point, he caught the country music bug, and it stuck. Around the age of 24, he put together the Zac Brown band. It was a three piece outfit that travelled extensively. After dabbling in the restaurant business in 2004, Brown sold off his interest and hit the road full time. In order to ramp up the country sound, Brown added strings and back up vocals for those now famous country harmonies. Fast forward to 2005, and the band added a second guitar player and vocalist. He had his first number one hit in 2008. A second top ranking song came in 2009. In that same year, the Zac Brown Band won an award for their Chicken Fried video. It's funny to read that a band that started in 2004, won "Best New Artist" six years later. Brown would also go on to win a Grammy for his song She's Walking Away.
Posted by Ms. Pacman at 7:13 AM