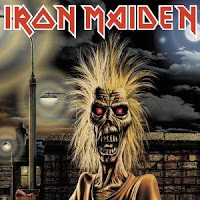 It will be none other than Iron Maiden and Alice Cooper at Summerfest on July 4. Iron Maiden Summerfest tickets go on sale March 3. Their famous mascot "Eddie" is sure to be there on every t-shirt in the audience. Iron Maiden has been making music since the mid 1970's. Their first album was a self titled work with songs like Sanctuary, and Running Free. One of their most popular songs is titled Run to the Hills. That famous heavy metal gallop can be heard throughout that album, and pretty much all the others. In the past decade, Iron Maiden has produced four albums. Their 2010 effort, titled The Final Frontier reached the top of the metal charts in nearly thirty countries world wide.

It's hard to call Alice Cooper an opening act for Iron Maiden. Both bands have such a long and popular history. Alice Cooper is known for their amazing theatrical stage show. Songs like I'm Eighteen, and School's Out, are timeless anthems. Alice Cooper will open the show, but that band is not to be missed.
Posted by Ms. Pacman at 10:10 AM